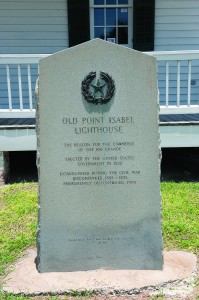 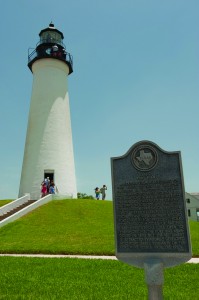 during the Civil War, it was used as a lookout by both Union and Confederate forces, and again during World War I.
Placed in Honor of the American Merchant Marine United States Daughters of 1812, Texas Society Coryne Aston Boggs Choate, State President.
Year Marker Erected: 9 February 1992
Marker Location: Tarnava Street

POINT ISABEL LIGHTHOUSE
The Point Isabel Lighthouse is one of the oldest functioning lighthouses on the Texas Gulf Coast. It played a significant part in 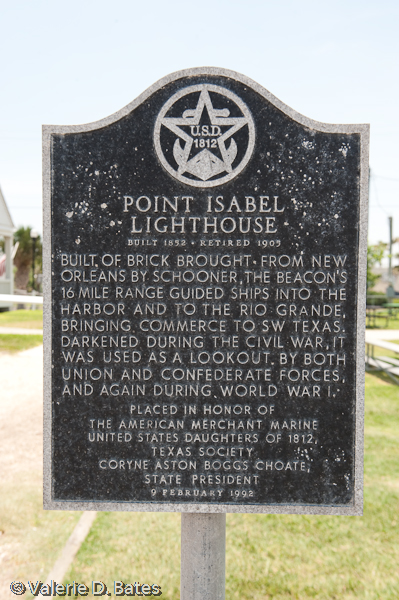 military operations around the mouth of the Rio Grande during the Civil War and for over a century, with some interruptions, has served the region as an aid to seamen.
Marker Location: Maxan Street

.
BIBLIOGRAPHY ON FILE IN THE NATIONAL REGISTER 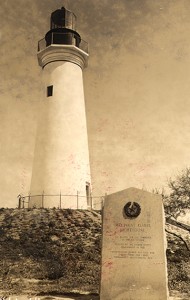